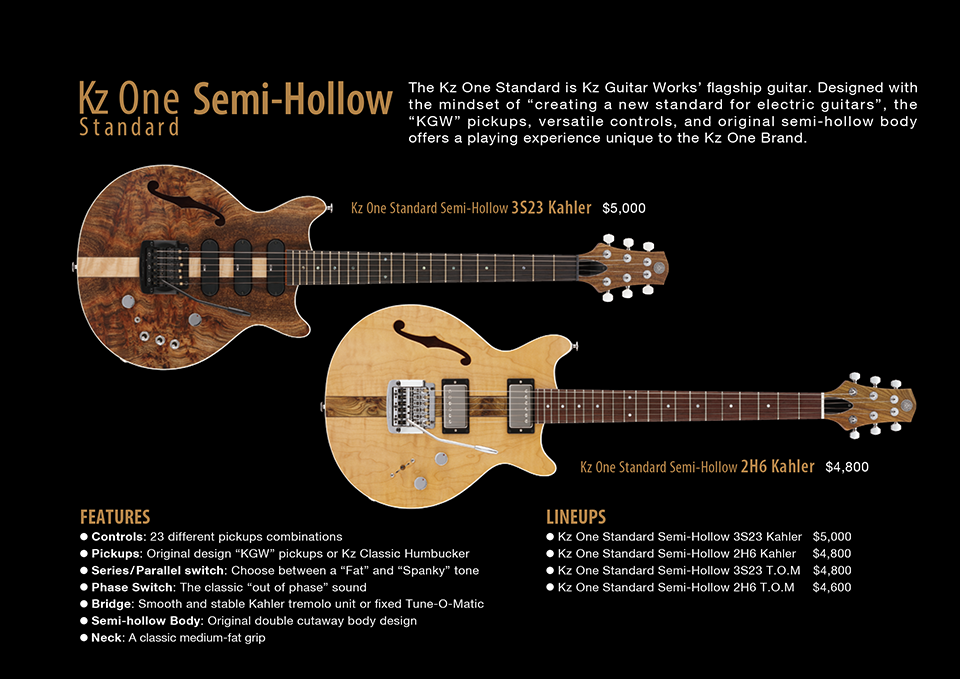 To hail the arrival of a new age of electric guitars, we at Kz Guitar Works have begun producing a guitar that we believe will set the standard for this new age; a guitar we call the “Kz One Standard”.

The concept of Kz One Standard is: To set a new standard for electric guitars. That new standard will defined by what makes Kz One Guitars unique; our originally designed pickups and versatile controls.

Through this guitar we aim to set a new standard for electric guitars. 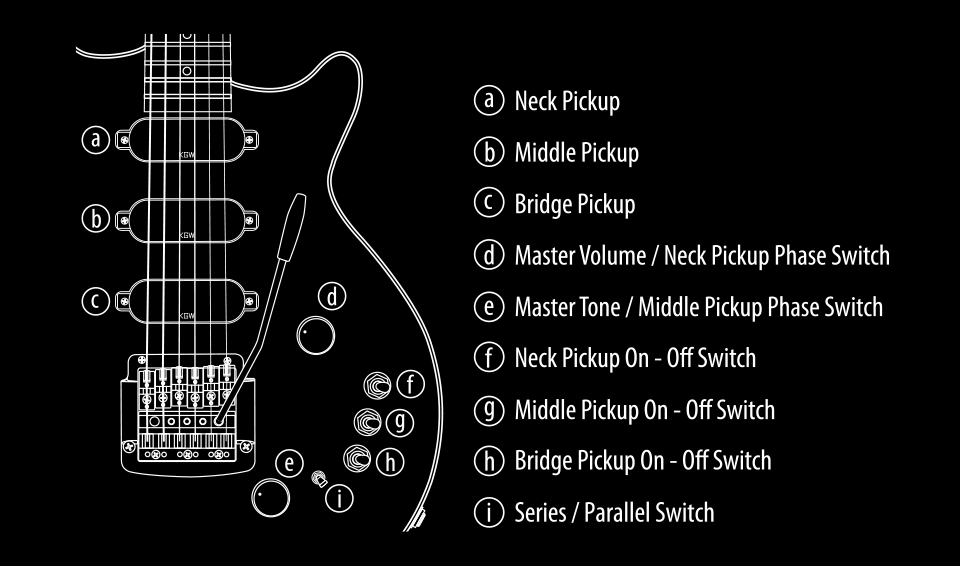 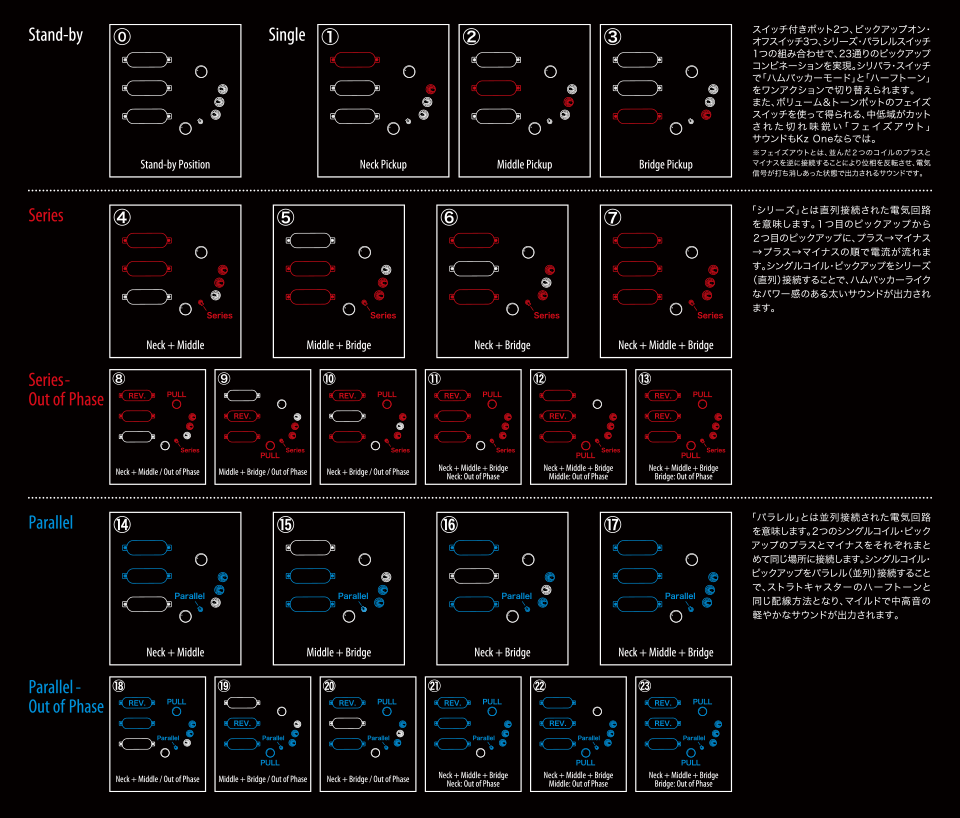 HAND MADE IN JAPAN

Hand made with pride from Japanese craftsmen.

An official Kz Guitar Works logo medal is attached to the head of the guitar.

Incorporating a ten-degree head angle and keeping the strings linear from the neck to peg enables tuning stability while minimizing nut friction.

The neck is set-in and composed by one piece of Honduras mahogany. The medium-fat grip gives the neck stability, and the guitar with mid and low tones.

TUSQ XL nut used. This nut is noted for its tuning stability and rich sound in all ranges.

The ultra-thin polyurethane finish used on the guitar enables the longevity of the instrument while not sacrificing the guitar’s natural sound.

The official Kz Guitar Works single-coil pickups, the “KGW”s, make a pickup like no other. While maintaining low levels of excessive noise, they produce powerful, straight tones within a wide range of sounds. Directly mounted into the body, they are specially designed to exceed the standard single-coil pickup.

Two switch pots and four toggle switches compose the controls. The three linear switches control on/off for each of the pickups while the series/parallel switch allows the player to choose between series or parallel wiring. The pots control master volume and master tone. If pulled up, the knobs also act as phase switches for the neck and middle pickup. All together, 23 different sounds can be created with the guitar.

Series Wiring: When more than one pickup is being used in series wiring, the resulting sound is a “fat” sound like a Humbucker.

Parallel Wiring: Parallel-wired pickups make a milder sound than series wired pickups. Perhaps the best-known example is the wiring method of pickup position 2 and 4 of a standard Fender Stratocaster.

Phase: The two knobs act as phase reversal switches for the neck and middle pickups. The reversed phase cuts the mid and low frequencies, making a high-pitched “scream”.

Standard issue bridges of the Kz One Standard are a modified Kahler tremolo unit or a fixed Tune-O-Matic bridge.

The Kz One Standard can also be featured with a fixed Tune-O-Matic bridge. By allowing the string vibration to transit directly into the body, the bridge creates a guitar rich with powerful sustain. The bridge also noted for its simplicity, allowing for easy maintenance and usage.

Kz One Guitars as a standard are issued with Elixar light gauge strings (.010~.046). These strings have excellent coating, allowing for very long usage. The strings are also noted for their powerful and unique sound.

As a standard, one semi-hard guitar case comes with the guitar.

If requested, a Duplex Flight Case may also be ordered. (Build to order)