One of the most noteworthy features of Kz Guitar Works is its original pickup. Normally, the guts of the pickup cannot be seen because it is covered. But here we will remove the pickup cover so that you can closely see how its inside looks like. Also, we asked Jun Sekino, technical writer who has contributed articles to famous musical magazines, to explain the details.

The part three is dedicated to the KGW-mini which is mounted on the KGW Bolt-On 22 guitar released in July 2021. The pickup shares the basic design with the KGW Original, but the magnets and other parts are smaller, and its electrical character is re-adjusted. 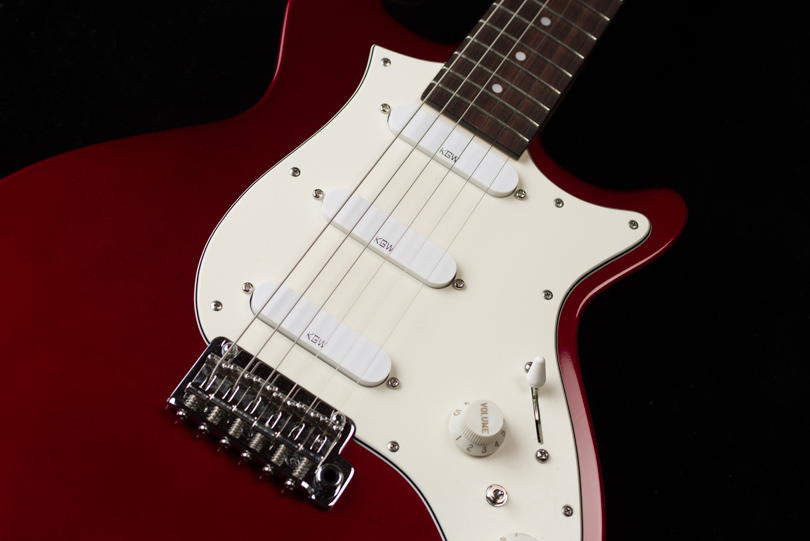 ■The concept for the development of KGW-mini

KGW-mini was newly designed for the new lineup of the guitar when KGW, sister brand of Kz, was founded. KGW-mini is a single coil pickup that inherits the British tonal characteristics of the KGW Original and at the same time has different characteristics and the rich solid tone of the US-made guitars. 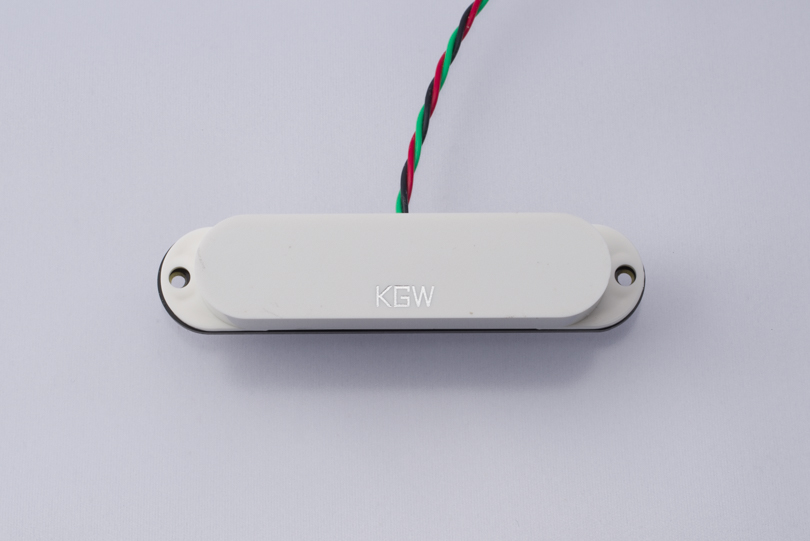 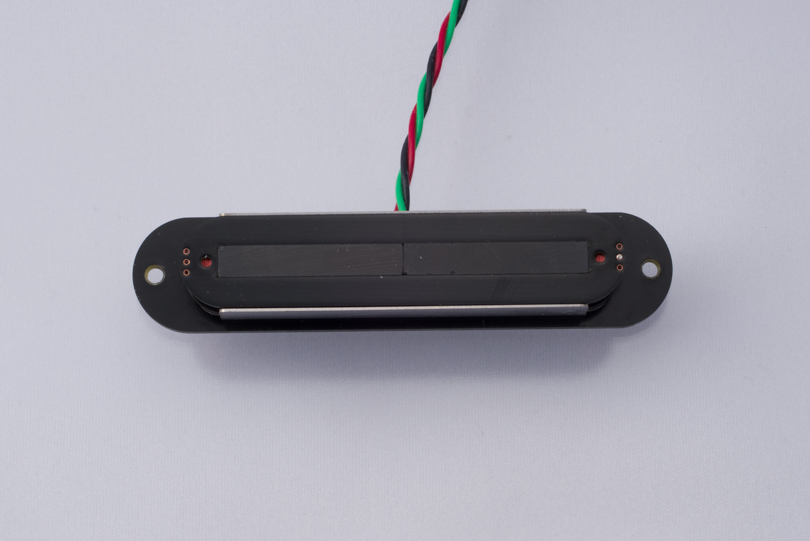 ▲The pickup with the cover removed. Like the KGW Original, it uses two ferrite bar magnets and a yoke, but its construction is updated. 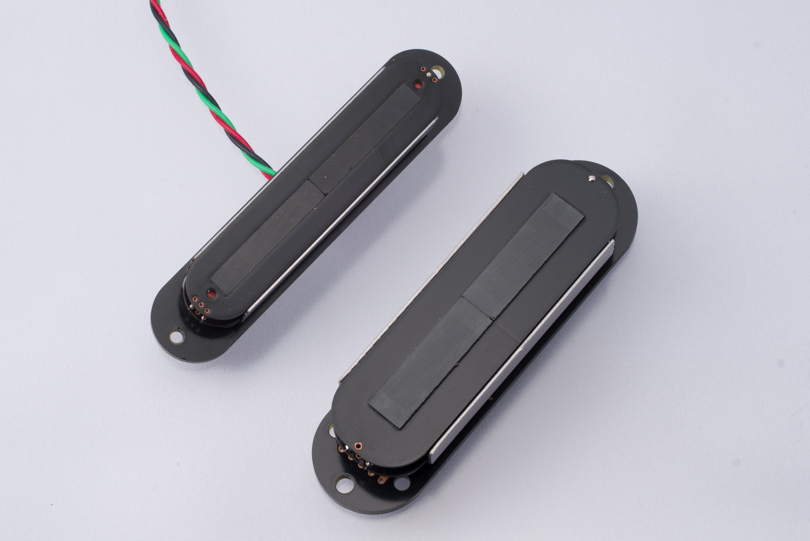 ◇Magnet and yoke in the style of KGW design

The two-piece ferrite magnet bar placed in the center of the bobbin is made slimmer for the entire bobbin to fit into the size of this new pickup. It is also noteworthy that the KGW-mini is designed so that it can be used on a guitar with the wider string spacing like a Fender guitar. The bobbin of the pickup is constructed with two copper-shielded plates sandwiching the bar magnet. The bobbin is taller than that of the KGW Original, and its height is right between those of the KGW Original and the common single coil pickups. Each pickup has a steel yoke made to fit it size which works, along with the bobbin plates, as a shield box to reduce the exogenous noise. The slim-sized two-piece ferrite magnets are degaussed so that their magnetism is on par with that of alnico magnets used in the more common pickups.

When two of these pickups are used in a mix position, they seem to sound smart due to the magnetic field controlled by the yoke. The wire of the coil is 2-step thinner than the one used for the more common pickups. Despite of its different look, it inherits the tonal characteristics of the conventional KGW pickups due to its designs for the magnets and the coil shared with the KGW Original. 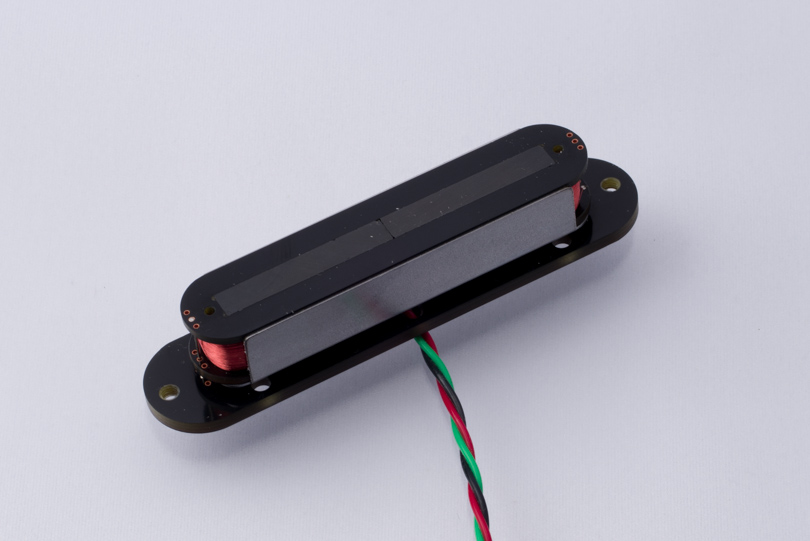 ▲KGW-mini seen from an oblique angle 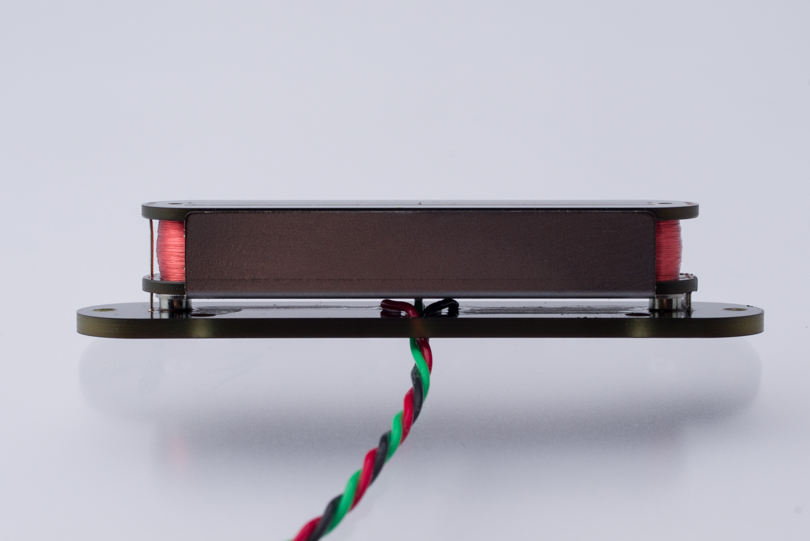 ▲Side view (long side) 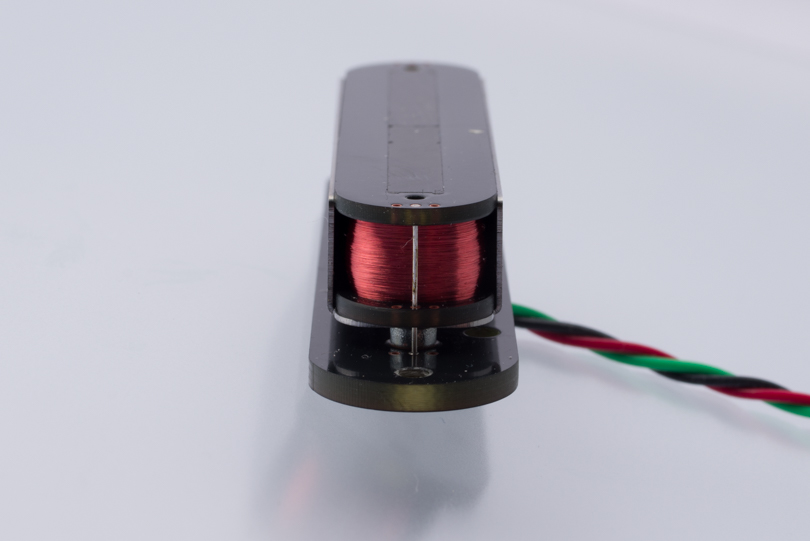 ▲Side view (short side)

The pickups are housed in the plastic covers in either vintage white of black and the output level of each of the bridge, middle and neck pickups is optimized for its position. The magnetic polarity of the middle pickup is reversed, so that it offers hum cancelling effect when mixed with either the bridge- or the neck pickup. Another specialty of the KGW-mini is that its tonal characteristics are calibrated not only by testing each pickup separately but also by combining two in parallel or in series to see how their various combinations affect the tonal balance or the way they drive the amplifier. 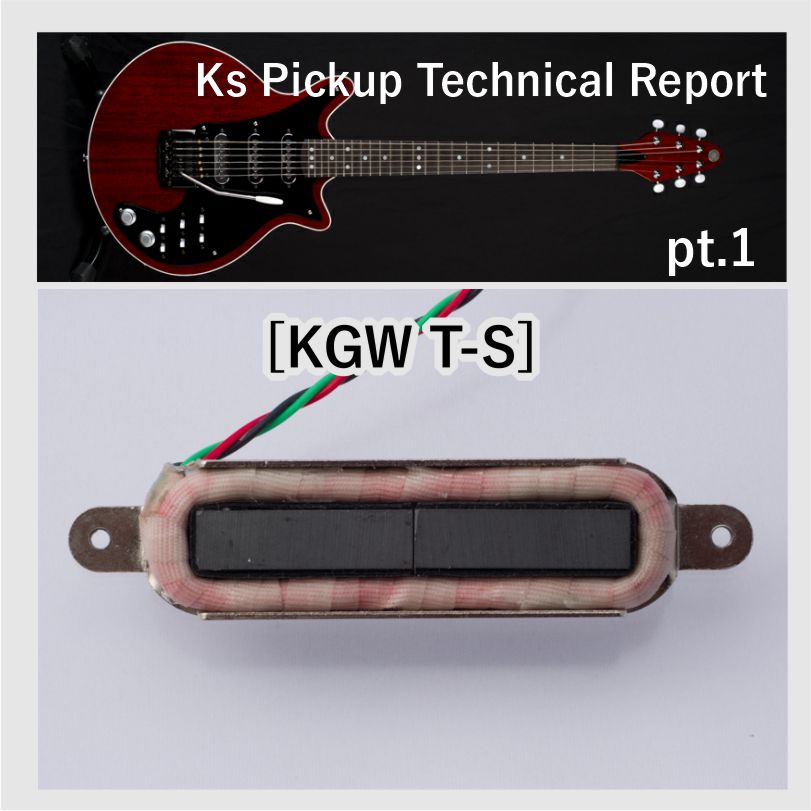 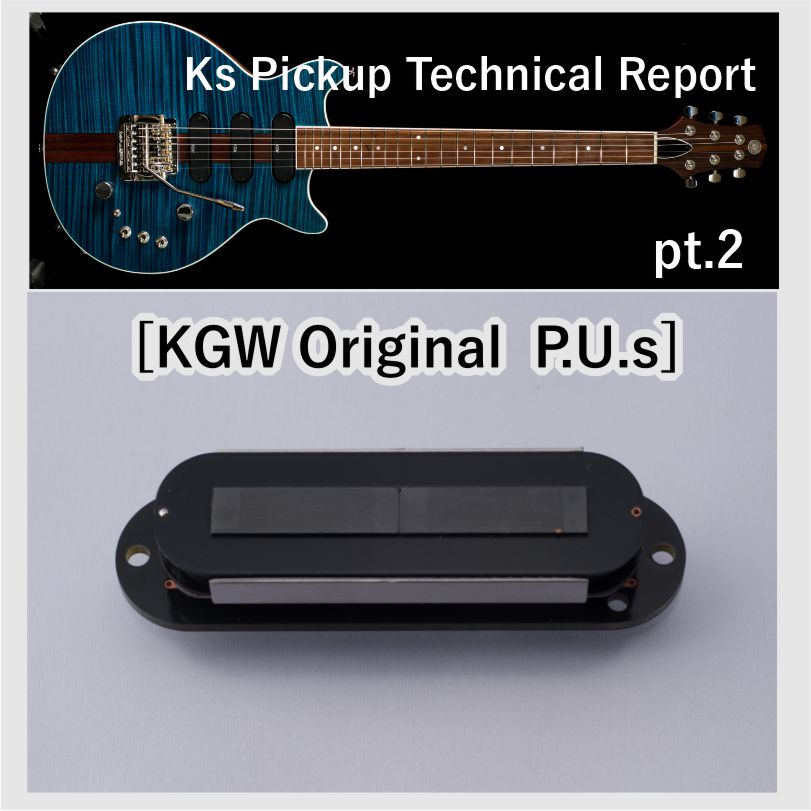